“There is a huge amount of reduced costs, most specifically around training, and the nature of not everybody is going to be available at the same time! With Inline Manual and automation I can make a lot of things pop up automatically the next time a user logs in. This means I am getting them the information when they are on next, instead of it being buried in users inboxes.” 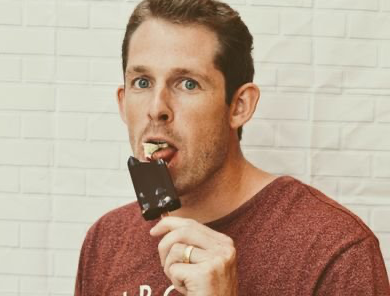 Evolution from Startup to large Enterprise

Snap is one of those hyper growth companies, that have experienced the evolution of growing to thousands of employees within a couple of years. While in 2015, just 4 years after being founded the company employed slightly over 300 people, 2 years later the number multiplied by ten. And as the companies evolved, so had to do the tooling.

“Before Snap Inc. moved to Workday Recruiting we were using another ATS system. We had been on it for over four years, and our company was under 300 employees when we implemented that ATS, by the time we moved to WDR our company was over 3,000.“

Snap was facing the challenge of transitioning from a startup ATS to enterprise ready solution, which would allow for more robust reporting and processes. The organisation was mostly afraid that this change won’t be accepted well - mostly because Workday is not as easy to use as previous solution was and the workflow would slow down.

“Before Inline Manual we had an hour blocked off for training every week, and when we were launching Workday Recruiting we were sending out updates every 24 hours with changes we were making to the system.”

Snap Inc. is a technology and camera company that has four products: Snapchat, Spectacles, Bitmoji, and Zenly.
snap.com

Change management is hard, find a partner rather than vendor

“Our old leader of recruiting came from Adobe and when they implemented Workday Recruiting they had used a tool called “WalkMe” to help ease the transition. We all thought this sounded interesting and decided to do some market research on what tools were out there.“

The biggest fear the Snap team was facing was the fear of the unknown. What is gonna happen when they roll out Workday? How will the team accept the change? They were considering multiple DAP solutions, the management team already had experience working with some of the large vendors.

After evaluations of multiple solutions the team came up to a conclusion that they do not have to go with the biggest players. They were, rather looking for a company that would partner with them more than just consider them as another customer. A partner that would get invested in making the implementation and rollout a success for everyone.

“In the end we made the decision to go with Inline Manual because we found that it was the team and support we were willing to take a chance on. If they were going to provide us with half the support as we got during the demo process we knew it would be a great relationship.”

“Before we had Inline Manual we relied on a weekly training, email blasts, and then our internal websites to help get information out to our team members. This has always been hard for our teams because they have had to search for the info instead of having it just on hand. Honestly as helpful as Inline Manual was when it came to rolling out Workday Recruiting, I have found the tool even more useful for serving up relevant information and creating shortcuts within the tool.“

Snap have rolled out Workday Recruiting within a couple of months, providing all of their users in-app help using Inline Manual. Currently all of the teams training for recruitment lives in Inline Manual, the tool is also being used to push weekly updates on what is new and to provide in-app help center, which replaced many other repositories that were used before. This combination allowed the team to get trained faster and at a lower cost, making them more productive and confident working with the new tool.

“Inline Manual was absolutely worth the investment. I would advocate that just for the launch training alone it was worth it, but I have found the tool to be even more useful after the fact for a resource library, and pushing out new features and announcements. I mean like I said, I will never do a software launch again without inline manual. Worth every penny.”